The mana young people have

With young people we understand hononga, identify and strengthen connections

Hononga is about joining and connection.  Linked to whakapapa, it is about connection to people, land/whenua, resources, spirituality, the digital world and the environment. When we understand hononga we recognise all the connected relationships in a young person’s world (whānau, peers, school, the community), and the places and spaces that support these. Young people are supported to identify and strengthen these connections. Strengthening hononga also means recognising the connection between the wellbeing of young people and the wellbeing of their social and natural environment.

By red and by black the work is finished

Red here refers to the red ochre worn by chiefs; by contrast, the rank and file workers appeared black. The saying means that only by the united labour of chiefs and their followers can the task be accomplished.

“Malō lava Famz, I hope this message finds you well, safe and in good health. I was blessed with the opportunity to provide a perspective on Hononga through our Kaiparahuarahi journal, and now I am humbled to talanoa this perspective orally. In the spirit of Hononga, I would love to ‘connect’ with you all through our Kōrero Cafe.” 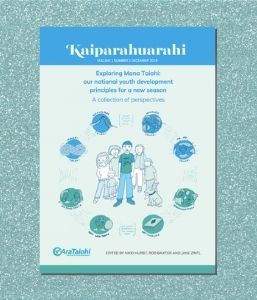 Read this Article Purchase the Journal 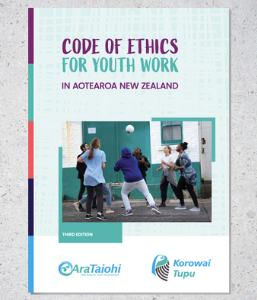 The Code of Ethics provides an agreed set of guidelines for youth work in Aotearoa to ensure that youth work is carried out in a safe, skilled, ethical manner. Framed within the nine interdependent principles of Mana Taiohi are 24 clauses for practice.