Ware and Walsh-Tapiata (2010) describe manaakitanga as expressing kindness and respect for others, to safeguard collective wellbeing. It emphasises responsibility, the importance of nurturing positive relationships, and reciprocity.

Manaaki is expressed in different ways depending on the nature of the relationship and people involved. On the marae, to “manaaki manuhiri” is to nourish your guests with food and any other requirements they might have. Ware and Walsh-Tapiata (2010) underscore the importance of learning about what other people value and privilege to ensure appropriate expression of manaaki. This relates to the principle of āta. Pohatu’s āta principle is included in Keelan’s (2014) MĀUI model and highlighted in the New Zealand Youth Mentoring Network’s (NZYMN, 2019) workbook on building quality relationships. Āta speaks of the need to be careful and considerate before taking action; engaging in reflection and creating safe spaces for relationships to develop (Keelan, 2014, NZYMN, 2019).

Manaakitanga clearly links to YDSA principle 4 of “quality relationships”. Accordingly, this section focuses on the features of helping relationships designed to support the development and wellbeing of young people. However, manaakitanga includes the idea of responsibility for collective wellbeing which is missing from the YDSA. Therefore, this section also addresses issues associated with the collective wellbeing of the youth development sector and evidence that supports the need for adequate resourcing and training for people working with young people.

Formal adult-youth relationships are those facilitated through programmes or services that otherwise would not likely occur. PYD theorists argue that such programmes are needed to compensate for the deterioration of traditional community ties where young people had access to a range of adult role models within their organic networks (Deane, 2012). Youth work has a long history in Aotearoa New Zealand (Barwick, 2006), a history characterised by a grassroots movement, driven by volunteers who engaged in natural relationships with young people in their community to offer support (Martin, 2006). Over time, these informal practices became formalised through the establishment of qualifications and opportunities for paid employment in youth work (Ara Taiohi, 2015b; Martin, 2006). Similarly, the desire to facilitate youth development has resulted in the formation of numerous organisations that provide young people with both opportunities for growth and connection with caring, more experienced adults in their community (e.g., mentors). Within these programmes, there are also staff members who interact with young people and walk alongside youth workers and mentors to provide support and guidance to young people.

As these relationships are based on the development of bonds between young people and their supporting adults or older mentors, there is some linkage to the next section, whānaungatanga. However, here we emphasise the manaakitanga inherent in the older person’s role: whether a youth worker, youth mentor, or youth programme staff, the responsibility and privilege of caring for young people falls on the shoulders of these individuals.

In his book, The Invisible Table (2002), Martin argues that youth workers need to develop multi- dimensional relationships with young people. These relationships have three dimensions: social context, time, and empowerment. Youth workers should engage with youth in multiple contexts to break through the stereotypes associated with the role, and become a relatable person to them. Trust and shared history are developed through time. Trust can be precarious for at-risk young people, but with time, youth workers can show their dependability. Additionally, the more time spent with young people, the more experiences are collected as part of a shared history and become part of a bond. Lastly, empowerment happens when young people take the lead in their world, using their competencies.

Youth mentoring is an intervention dedicated to pairing youth with caring adults. It is often associated with formal mentoring programmes that match volunteer adults with young people in schools or communities who would benefit from having an additional adult in their life to guide and support them (Dutton, Bullen, & Deane, 2018; NZYMN, 2016). However, mentoring also occurs in other spaces: natural mentors, such as neighbours, coaches, teachers and elders, contribute to youth development by forming meaningful relationships with young people in their community. Youth workers have also reported engaging in mentoring as part of their practice (Martin, 2006). Whether formal, natural, or as part of youth work, the widespread and enduring belief in the benefits of quality youth-adult relationships underpins youth development.

In 2010, Youthline published a literature review to explicate the intersection between mentoring and youth development, guided by the six YDSA principles. Of special interest were the findings on quality relationships, given the centrality of the mentor-mentee relationship to the success of mentoring as an intervention. The review highlighted five core elements for quality mentoring relationships: mutual trust, friendship, clear expectations, enduring relationships with regular meetings, and multi-level activities (Davies et al., 2010). Overall, doing youth development through quality mentoring relationships should be mentee-focused and youth-friendly, combining fun, high expectations, clear boundaries, and a focus on developing the strengths of the mentee. Principles for relationship development such as those proposed by Dutton and colleagues (2018; McDonald et al., 2016) can usefully inform not only mentors and mentoring programmes, but other people who work with young people as well.

This point is notable, because programme outcomes are frequently attributed at least in part to the skills and characteristics of the adult role models who may also hold facilitation responsibilities in youth programmes (Chapman et al., 2017; Deane & Harré, 2014; Dutton, 2014; Price, 2015; Turner & Schroder, 2017; YWCA Auckland, 2015). At the same time, young people in some programmes have noted that staff quality is variable and this can negatively affects their programme experiences (Burnett, 2018; Hollis et al., 2011; Tasi, 2009; Turner & Schroder, 2017). Tools specifically developed to guide reflective practice during youth-adult interactions, such as Hurst’s (2017) Whakapiri (connect/engage) – Whakamarama (clarify/collaborate) – Whakamana (empower) framework could be usefully employed to prevent such floundering relationships.

The Development of People who Work with Young People

This brings us to the significance of developing the people who work with young people and supporting their wellbeing. In the Code of Ethics, this is considered to be a critical component of “strengths-based practice” (YDSA Principle 3) and links to the collective wellbeing dimension of manaakitanga. Understanding the contemporary issues facing youth workers is therefore informative in this regard.

In a 2006 review of youth work, Barwick indicated that Aotearoa New Zealand was lagging behind countries like Australia and the UK with regards to professionalisation. The report identified a need for a unified voice filtered through a national or professional association; a trade union that could advocate for better pay and work conditions; specialised training opportunities to improve youth work practice; a code of ethics to guide practice; and a national framework to provide strategic direction and development of the sector. In the same year Martin (2006) produced a comprehensive report on the state of youth work based on the involvement of more than 600 youth workers throughout the country. The needs Martin identified in his report reiterated the importance of raising the profile and standards of youth work. It also pointed to the need for greater resource investment including funding of community organisations, the site for most youth work.

Since then, much has changed. Founded in 2010 from the dissolution of both the National Youth Workers Network Aotearoa (NYWNA) and New Zealand Aotearoa Adolescent Health and Development (NZAAHD), Ara Taiohi is now established as the peak body for youth development and provides a forum for national youth work issues to be raised. Ara Taiohi was gifted the first Code of Ethics by the NYWNA when it was formed and subsequently produced the second edition in 2011. Their current strategic plan focuses on connecting the sector, raising standards of practice, championing youth development and promoting sustainability. In 2017, Ara Taiohi launched Korowai Tupu, the first professional association for youth workers in Aotearoa New Zealand.

While the increase in qualifications is heartening, there is much less engagement with training on the Code of Ethics. The Code of Ethics was published after the 2006 youth worker survey, so there is no comparative data. The 2015 survey by Ara Taiohi showed only 25% of youth workers had undertaken training on the Code of Ethics, despite widespread knowledge of its existence. Boosting this number will be essential to the professionalisation of the sector and should be expected as Korowai Tupu’s momentum builds.

The number of youth workers attending supervision regularly remained fairly consistent over time, with a slight increase from 55% to 60% (Ara Taiohi, 2015). This is concerning given the complex nature of the work undertaken by youth workers (Ara Taiohi, 2015) and lack of self-care/personal support or access to training was a salient stressor for youth workers in 2006, as reported by Martin. In the Braided Pathways report (2015a) on the broader youth sector, increasing the uptake of external supervision was identified as an area of focus. Supervision is part of a good practice according to the Code of Ethics and has multiple purposes, including reflection, learning from experience, getting an outside perspective, accountability, identification of strengths and weaknesses, and ultimately contributing to better relationships with young people (Baxter & Eriksen, 2018).

Time pressures, lack of resourcing and financial insecurity combine to create major access barriers for youth workers in terms of training and ongoing support, which inevitably impinges on quality practice. Indeed, Martin (2006) found that lack of time and money were the main reasons youth workers did not access training. Martin explains that in the 20 years leading up to his 2006 report, little gain was made with regards to resourcing, recognising and valuing youth work. With Ara Taiohi’s (2015) report demonstrating that youth work wages have not increased in any real terms since Martin’s (2006) report, it is clear that adequate resourcing of quality youth work practice remains a pressing issue. 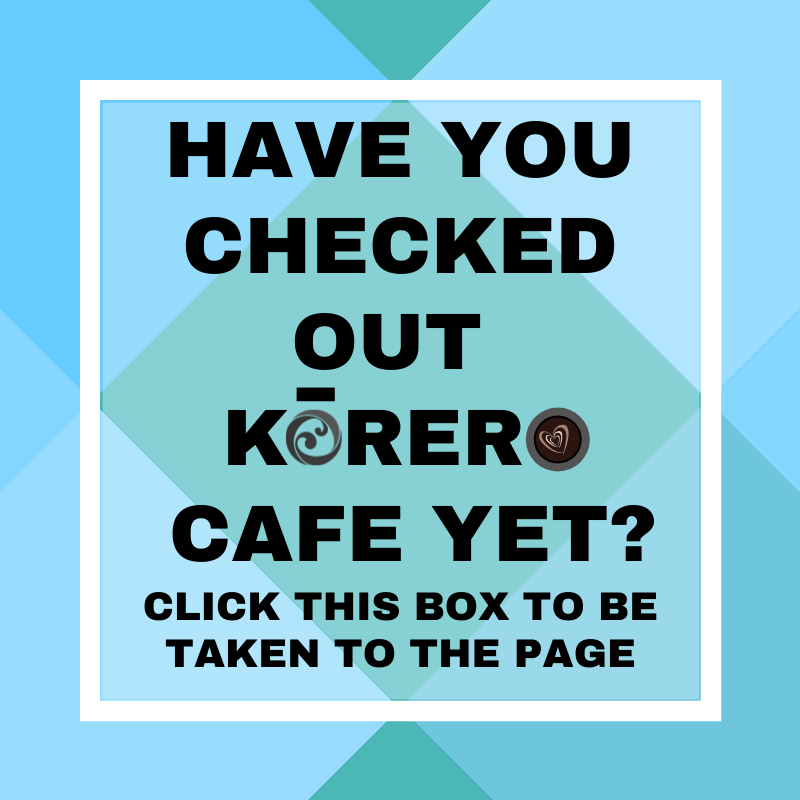